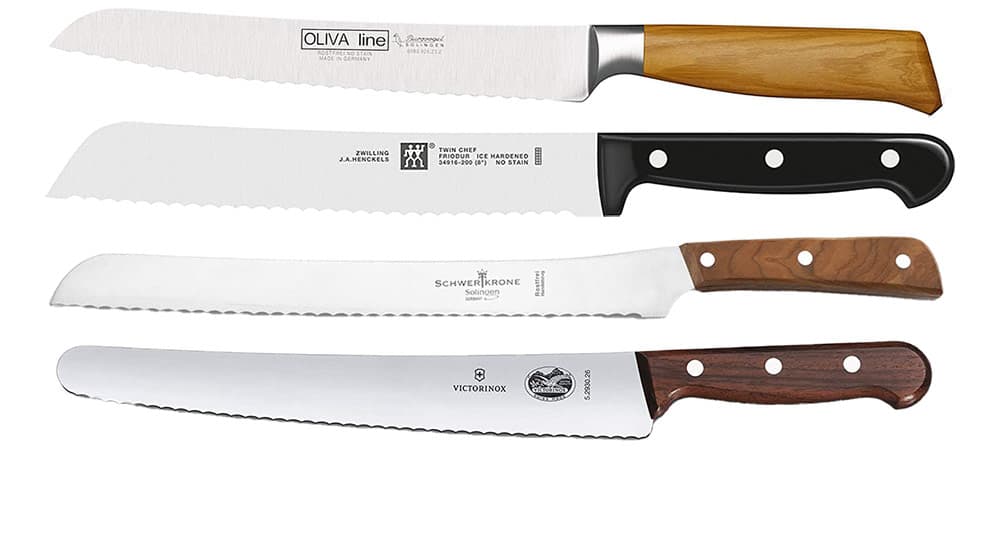 Do you enjoy the smell of freshly baked bread that is still warm from the oven? Crispy or smooth and shiny exterior, with an airy, delicate crumb on the inside! When hand-cutting pieces of this bread, there is no substitute for a real serrated bread knife. There is no other knife that can perform as well as this specialist. We will show you what all the fuss is about.

Why and how did Bread Knives enter the World?

Knives designed specifically for cutting bread were invented in Germany, which is not surprising. And for what, exactly? A loaf of freshly baked bread, no matter what kind it is, places surprising demands on a cutting tool’s capabilities. Have you ever experimented using a chef’s knife to cut a rustic crusty loaf of bread or a crusty baguette? Is it possible to cut the bread into tidy slices rather than gritty pieces? That is when you realize that the beautiful crust, whether smooth or fractured, is either too delicate to be grabbed with the continuous cutting line or just collapses under pressure.
The difficulty is the glaring contrast between the cracked exterior armor and the sensitive inside life.

Franz Güde, a devoted sharpening tinker, must have been sufficiently irritated by this. Franz Güde was the son (and, from 1931, the heir) of Karl Güde, the founder of the knife manufacturing in Solingen. In 1941, he was successful in having his solution, the “Güde Serrated Edge,” legally protected. As a result, he created the world’s first bread knife that was worthy of the title. With the help of a serrated-wavy cutting line, this blade is both extremely durable and extremely sharp at the same time.

Since the introduction of the serrated edge, cutting chores such as making exact, even slices have become much easier to complete for everyone. The bread knives were in such high demand that Güde included the serrated edge into the products of its competitors in Solingen until the patent protection was no longer valid. Since then, serrated versions of kitchen knives have been standard equipment for a large number of well-known, even multinational kitchen knife makers. As a result, it should come as no surprise that Japanese bread knives can be found.

A Bread Knife can do even more

A bread knife is used for a variety of tasks, including slicing bread for snacks, sandwiches, and baguettes. After all, hard to smooth crusts with delicate inner workings can be found in greater abundance in the kitchen. Even fruits and vegetables with slick, smooth exterior shells, such as tomatoes, pumpkins, and melons, yield to the bread slicer, which is also suitable for pineapples. Talking about the crust, it may be used to simply chop up roast meat with a crust, croutons, and, of course, all kinds of crispy baked products.

What makes a good Bread Knife

The length and material of the blade, but also the weight, as well as the quality of the processing, all contribute to how much pleasure you will get from your future bread knife. As a result, it is worthwhile to examine these factors in further depth.

The blade should be roughly 4 inches longer than the length of your favorite slice of bread for proper cutting. As you slice the bread with the bread slicing knife back and forth through the loaf, make sure that the tip does not disappear into the loaf. The blade must be a minimum of 9 to 12 inches in length in order to cut a quality two-pounder straight and in a couple of strokes. Five inches may be sufficient for rolls, but 12 inches are required for baguettes and loaves of bread. By the way, the majority of straight bread knives have a point at the front, whereas the almost identical pastry knives have a circular tip.

Only the best knife steel is capable of retaining the advantages of a serrated edge for an extended period of time. This is due to the fact that quick re-sharpening is not possible, which we will discuss in more detail later. As a result, it is becoming increasingly important to combine maximum edge retention with mechanical stability; low-cost materials will not be able to accomplish this.

A good chrome-vanadium-molybdenum alloy should be used at the very least, if only for the fact that these low-demanding stainless steels are flexible, cut-resistant, and rust-resistant.

Harder carbon steels allow for sharper blades to be made with less material, but they necessitate extra anti-corrosion precautions and caution when cutting due to the increased risk of breakage when cutting. In addition to hamburger-type bread knives without serrations, carbon steel is popular for Bread Knives that can be easily sharpened by the owner.

If holding a captivatingly grained Damascus bread knife in your hand is the only thing that makes your heart soar, you can have that as well. You will find and acquire a bread knife to pass on not only among Japanese bread knives, but also among other types of bread knives.

Handles are available in a variety of materials, including hygienic, long-lasting plastics, metal, and fine hardwoods. Their surface should be smooth and easy to grip, and they should be seamless and firmly attached to the blade, according to the manufacturer. Shapes that are ergonomically designed make it easier for you to handle them safely. All of this is available in a variety of styles ranging from chic-modern to traditional-down-to-earth.

The weight of a good Bread Knife

It almost seems as if the 11 ounces (ca. 416 g) mass of a giant Güde bread sword is gliding through your daily bread by itself. It will, however, exhaust you more quickly if you are cutting for a large number of heads. Do the test on a similar-weight bread saw to ensure that it is at the very least well-balanced. Lightweights weighing between 2 ounces (ca. 76 g) and 2.5 ounces (ca. 94 g), on the other hand, require you to do all of the work. As a result, they can only score in full-grown loaves of bread with ultrasharpness and low frictional resistance because of the nature of the grain. Alternatively, they can be used as short bread knives. The majority of high-quality all-around products weigh between 5 ounces (ca. 189 g) and 7 ounces (ca. 265 g).

And now for the Highlight: The Serrated Edge

Upon closer inspection, a bread knife’s cutting edge is revealed to be a regular series of sharply ground circular arcs that come together at the bottom to form pointed teeth. Serrations have absolutely nothing in common with the low-cost, mass-produced “saws” formed of tiny microteeth that are available on the market. The critical distinction is that a serrated edge that is not damaged cuts neatly and readily, rather than tearing and “planing” chips. When it comes to serrated bread knives, the alternative designation “bread saw” for a serrated bread knife is completely incorrect. The grind is nearly always single-sided on the right and, as a result, built for right-handers, but it is also available in left-handed and double-sided varieties.

Serrations are quite ingenious in a number of different ways. However, the extremely sharp serrations increase the cutting line by two to three times its length, which is a significant improvement over the standard blade. Second, their teeth prevent the sharp arcs from becoming dulled when they come into contact with hard surfaces. The teeth, on the other hand, concentrate your force on the surface in a punctiform manner, scoring it slightly and allowing the soft underlying surface to be cut by the next wave. There will be no hogging of forces, and there will be no crushed crumbs. The heavily stressed serrations significantly improve the overall cutting performance by a factor of several hundred. The vast majority of manufacturers continue to use this principle of concave serration, with only the spacing, height, and angle of the serration arcs changing from one product to the next. The convex wave (wave knife) and the double wave from Wüsthof are two more recent variations on the theme.

How to resharpen your Bread Knife

The sole drawback of a serrated edge is the time-consuming resharpening required. When, after many years of everyday use, the cutting function eventually fails to function properly. Some knives, on the other hand, never get to this point. The first line of defense would be to use a whetstone or ceramic rod to remove the burr that has formed on the side of the blade that has not yet been sharpened.

Is it no longer sufficient to just strip? In the event that you have the confidence to do so, and you have a ceramic sharpening rod that fits exactly into the arc forms at the same angle (typically 20 degrees), you can accomplish the following: Make an effort to develop your skills.

Using a wet grinding stone with a finely rounded edge, this works similarly well, albeit with less visual control due to weaker vision. As an alternative, use a matching unglazed edge on the underside of ceramic tableware. There are a few sharpeners that are fitted with additional zones for serrations, which can be quite useful.

It is possible that you will choose to have the bows resharpened by a professional who will be certain to know what they are doing. Best of all, the maker provides this service since he is in possession of the appropriate serrated sharpening stone.

A good bread knife is impeccably crafted, long enough for your sandwiches, and has a very cleanly made true serrated edge. It’s the only one that can take much of the strain out of slicing super-crusty fresh bread into lump-free slices. Go for solid materials. You risk the least with high-quality CVM stainless steels from well-known brands, most of which are also reasonably priced.

We have a page with the 10 Best Bread Knives for you! 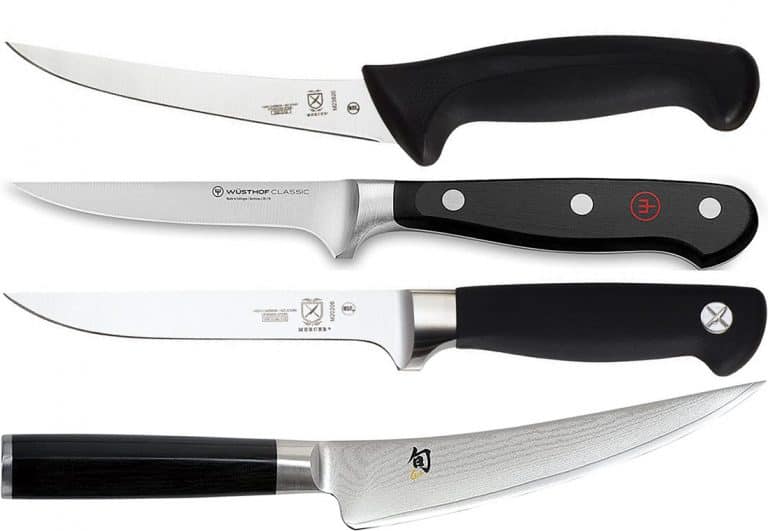 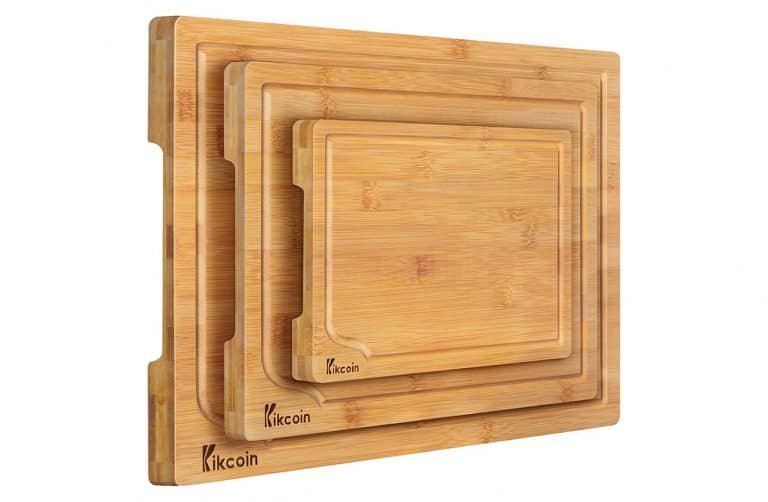 What is a good Cutting Board? Wood or Plastic? Dishwasher or not? We answer these questions and every other you might have about Cutting Boards. The most crucial Knife Companion you will ever have If you work in the kitchen and handle knives on a regular basis, you will need a sturdy work surface. Make… 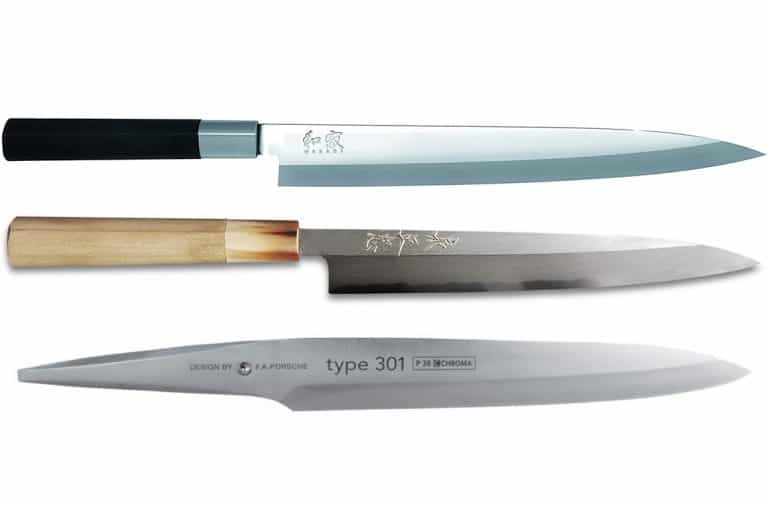 The Yanagiba Knife is also called Sashimi Knife or Sushi Knife The Sashimi Knife Raw fish served in beautifully sliced mouthfuls is a delicate affair. One that necessitates the use of an incredibly sharp knife. Every Sushi and Sashimi chef in Japan swears by the Yanagiba Knife, which is a Japanese fish filleting knife. Sushi… 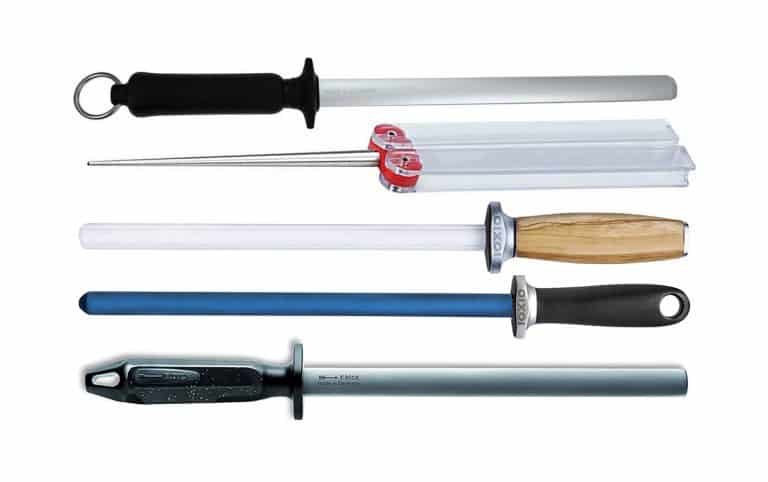 What is a Sharpening Rod? Ceramic Rod or Steel Rod? Which one for which knife? We answer these questions and every other you might have about Sharpening Rods. Why do you need a Sharpening Rod? The most important thing in a nutshell: With use, the cutting edge of a knife flips to one side, either…

What is a Chef’s Knife? Do I need a Chef’s Knife? Different types of Chef’s Knives? We answer these questions and every other you might have about Chef’s Knives. A chef’s knife is the universal knife used by everyone in the kitchens of this continent, whether they are private home cooks or professionals working in…

What is a Filleting Knife? Do I really need a Fillet Knife? What are the different types of Filleting Knives? We answer these questions and every other you might have about Filleting Knives. The Fillet Knife It is a favorite among fish aficionados and fishermen since it is the more nimble, finer-tuned brother of the…